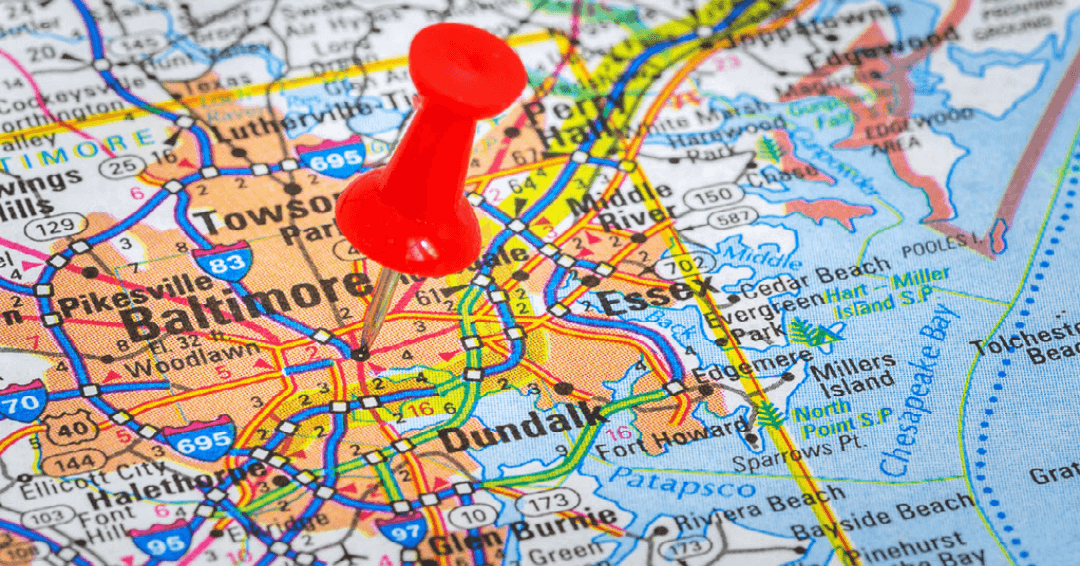 The United States has positioned itself as one of the top countries for individuals of all races and cultures to settle in. Every possible immigrant thinks that the US is a good place to live because it has good schools, a lot of different cultures, good job opportunities, good health care, and high quality of life.

If this is your case, we’ve compiled a comprehensive list of the top states to reside in the United States. You’ll be able to learn about the typical cost of rent, transportation, and food, as well as the quality of healthcare and crime statistics.

What is the Best State to Live in the United States?

Moving to a new state can be difficult for a variety of reasons. As a result, we’ve put up this guide to offer you a fast overview of the main features of your potential new state, as well as how it may grow in the months and years after your arrival. If you’re relocating on a budget, you might want to see the 10 Best Places To Move To With Little or No Money.

However, according to a survey conducted by Niche.com, Americans’ top choices aren’t always the most well-known. With that in mind, here are the best states to move to in the US.

Washington is rich in geological features. From deserts, mountains, the Pacific Coast, and rainforests, the Evergreen State has a lot to offer outdoor enthusiasts.

In addition to its picturesque wonder, the state is also famed for being the origin of Boeing, Microsoft Corporation, and Starbucks coffee. Washington is a major exporter for the United States, especially in the automobile equipment sector, due to its coastal location.

Luckily, the average annual wage in Seattle is just under $70,000, making it a little easier to pay for your basic necessities.

The state of Utah’s biggest advantage is its affordable cost of living. It is among the least expensive states in the United States, with everyone enjoying a good standard of living.

This is attributed to a combination of low pricing and high income, which allows residents to take advantage of the best amenities found in larger cities for a fraction of the cost.

Consequently, the median home value in Utah is greater than the national average: $302,000 and $216,200, respectively. However, living in a residential neighborhood is quite affordable, and practically every working family may find a property there.

Minnesota is the 22nd most populated state in the country, with 5.6 million residents and a land area of 225,163 square kilometers. And, although having a sizable population, 60 percent of the population lives in the “Twin Cities,” two beautiful metropolises.

The Twin Cities are made up of two cities: Minneapolis and St. Paul. The pair are among the cities that make up one of the world’s most densely populated places for Fortune 500 corporations.

Land O’Lakes, Target, General Mills, United Health Group, Best Buy, and 3M have all picked Minneapolis as the location for their corporate headquarters. So, getting a job here is a breeze.

However, the state has a hefty price tag attached to it. A one-bedroom apartment in Minneapolis can set you back roughly $1,500. Even if it’s less expensive than, say, New York City, it is not a very good bargain.

Luckily, St. Paul is a less expensive option, with an apartment costing only $1,200 per month.

It is good to keep in mind that Minnesota is bitterly cold in the winter. Temperatures can get as low as 60 degrees in the far north.

The wonderful outdoors is one of the most appealing aspects of migrating to Minnesota. With over 10,000 lakes, 5 nature reserves, and 76 state parks, there is never a dull moment when it comes to outdoor activities.

If you love rivers, lakes, boats, hunting, and extreme sports such as rock climbing, skiing, golfing, snowboarding, and fishing, Idaho is the place for you. Millennials, young families, pensioners, and anybody else will enjoy the state’s amazing outdoor attractions and recreational areas.

Idaho is also among the safest states in the US, having lower than average property and crime rates. Idaho is, in reality, the safest state in the West. If one of your top priorities is safety, Idaho is the place to be.

Idaho’s low cost of living makes it easy to enjoy a higher standard of living. The cost of healthcare, transportation, housing, education, and utilities is cheaper than the national average. Idaho has a lower cost of living than its bordering states. The median property price is $263,900, but it is increasing year after year.

New Hampshire, popularly called the Granite State, is located near the Canadian border and has a population of roughly 1.36 million people. From soaring mountains and huge untouched forests to bright, buzzing towns, New Hampshire is a small but mighty state. The state brims with vintage charm and antique towns and cities dotting the gorgeous terrain.

Whether you’re seeking plenty of work possibilities and lively nightlife, or you want to relax in the countryside and spend most of your time exploring nature, New Hampshire has towns and cities to suit you.

Portsmouth, one of New Hampshire’s finest and most fascinating cities, is among the most sought-after regions to live in. It ranks high among the big cities with the lowest unemployment rates and has a spot in the 50 Best Markets to Find a Job.

New Hampshire is ranked No. 3 in the “Safest States to Live” by the US Institute for Economics and Peace (behind only Vermont and Maine)  Basically, New Hampshire is your best pick if you’re seeking a comfortable, cozy spot to call home.

Located in the middle of the Great Plains and the Midwest, Nebraska is a state rich in natural beauty. You will be greeted by a large number of warm and pleasant people.

The standard of education in Nebraska is excellent, and it ranks highly in comparison to the rest of the country. You’ll be relocating to the state with the 4th best high school completion rate in the US (89.3%) and the 14th best public-school funding.

In terms of economic potential, Nebraska is a top contender. It is among the states with the lowest unemployment rates in the United States, at around 3%. Both of these factors make it a desirable location for job seekers.

The median household income in Nebraska is $42,166 per year. The best thing is that the cost of living in this state is over 22% lower than the national average. Moreover, meat and crops are produced locally, removing transportation costs.

Most people are concerned about Nebraska’s crime rate. On a state and national level, several portions of this midwestern state, notably the main metropolis of Omaha, have higher crime rates than other populated places.

Wisconsin is a wonderful place to call home, being one of the most unique states in the country. There isn’t much to complain about in Wisconsin, which is home to many lakes, rabid sports fans, and plenty of nice folks hooked on cheese.

Metropolises like Madison and Milwaukee draw a vast population while preserving a college town vibe with their gorgeous cityscapes and plentiful bars, while the countryside is dotted with little communities with few residents, each with its own distinct attraction.

Wisconsin is one of the most affordable locations to reside in the US, despite its reputation as one of the coolest. On the same cost of living index, it received a 98, whereas middle America received a 100.

However, Wisconsin has a statewide crime rate of 2,467 reported criminal incidents per 100,000 population, which is significantly lower than the overall average of 3,099. But keep in mind that crime rates are a little bit higher in Madison and, especially, Milwaukee, where there are 3,551 and 5,860 reported crimes per 100,000 people, respectively.

Virginia is not only a desirable place to live, but it is also strategically situated on the East Coast. The state has a lot to offer everyone, including history fans and wildlife lovers.

Everyone, including history fans and wildlife lovers, Virginia is the dream location for any explorer. The state, which is dripping with southern hospitality, takes pride in its great education, rich culture, and thriving economy.

Virginia’s economy, like its culture, is extremely diversified. The state economy, which is ranked 13th in the nation by U.S. News and World Report, is flourishing.

However, living in Virginia is more expensive than in many states and higher than the national average. Moreover, because the property market is so vast, it is possible to find a cheap place to live, particularly in more remote areas. If you’re looking for a cheaper area to live in, the city of Covington is one of the most affordable cities in the US.

Massachusetts is a small state nestled between Rhode Island, Vermont, Connecticut, New York, and New Hampshire. According to the 2018 census, the state’s population is close to 7 million people, with the Greater Boston Area accounting for 80% of all citizens. It is among the most densely populated states in the United States, despite its small size.

Massachusetts is an intellectual hotspot, including some of the country’s greatest institutions and colleges. MIT, Harvard University, Williams College, and Boston University are all world-renowned institutions.

Boston is known as the “Hub of the Universe” for a reason: it is home to world-class universities, a vibrant culture, and a booming economy. Boston is home to Fortune 500 firms such as American Tower, General Electric, and State and Street Corp.

The state’s economy is based on tourism, agriculture, and transportation, and it is the country’s fourth-largest. There are several reasons to adore living in Florida, which is known for its beautiful beaches, pleasant weather, and popularity as a retirement destination.

One of the numerous reasons to relocate to Florida is the absence of a state income tax. Living in a jurisdiction where there is no income tax can be a big benefit for both individuals and businesses since it allows high-earners to save more money.

Living in Florida is very affordable, despite being the most visited state. If you’re wondering how much it costs to live in Florida, the cost of the living index shows that the state’s cost of living is 1 percent cheaper than the national average. However, because the state is so large, it all depends on which city you choose to live in.

However, Florida’s crime rate is higher than the national average. But with careful searching, you can handpick areas with very low crime rates.

Once you have made up your mind on the state you prefer, you can check our comprehensive guide on How To Pack For Moving Houses. At the same time, we’ve posted articles on the best cities in the US, you might want to see the 10 Best Places to Move to in the US.

10 Best Countries to Move to from USA

15 Best Cities to Move To Start a New Life