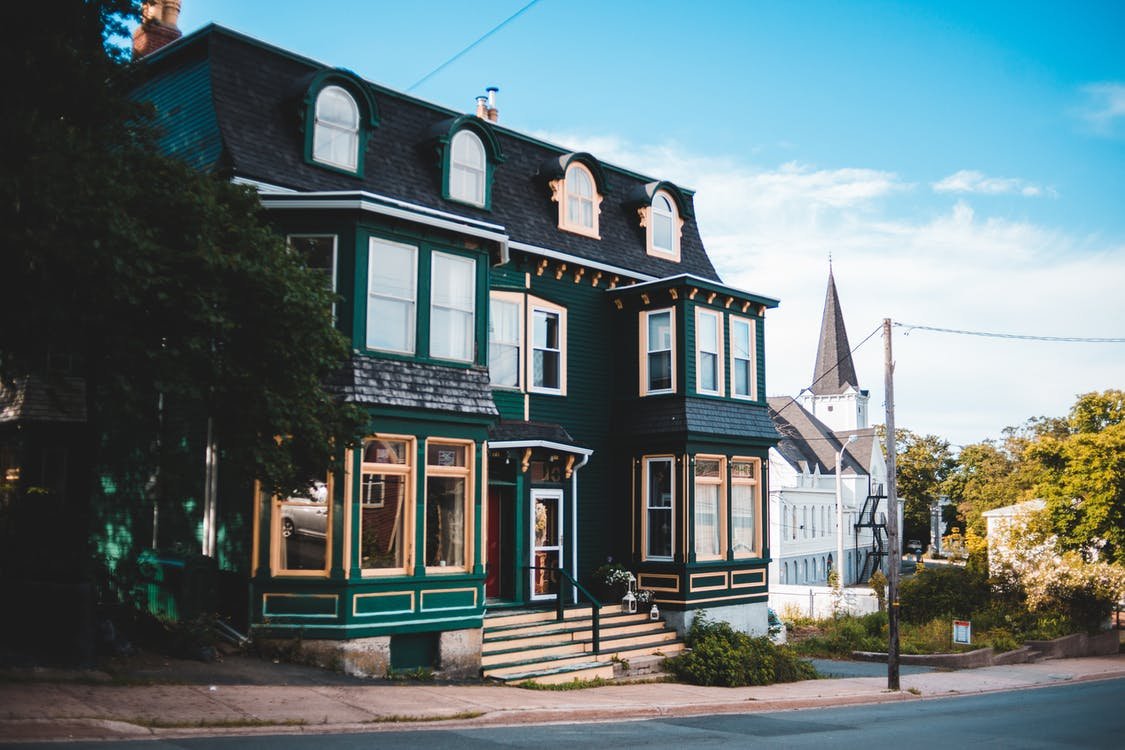 If you’re having trouble making ends meet, it could be due to where you live. If you live in an area where the standard of living is exorbitant, it can be difficult to stretch even a large wage far enough to care for your needs while still having enough money for savings — and a little leisure. So it could be time to relocate to a more affordable location.

Where Can I Move to with Little or No Money?

There are states that offer far more value for money than others, even on a tight budget. However, when planning to move, it is important to learn How To Pack For Moving Houses.

So, which places will specifically accommodate you on a budget? Where do you turn if your bank balance is on the verge of collapsing? Let’s look at some of the contenders for the title of America’s most affordable place to live.

Fort Wayne is a mid-sized city ideal for individuals looking for a “good” affordable area to live in with a short commute and vibrant nightlife. The cost of necessities like food, utilities, gas, transportation, and medical services is significantly lower than that of a typical city. The median home price is $100,700, with a monthly rent of $670. The median income stands at $43,774.

Some apartments in Indiana include incredible facilities and services such as a clubhouse, b-ball courts, a small-scale park, and pools. Some already have their own stuff and basic equipment.

The price may be a little higher, but if you want to enjoy such luxuries, it is worth the effort. However, if you have low funds, you can choose homes that do not include such added features. As a result, you won’t have to worry about any extra fees or prices.

This northeastern Indiana community is not only a collection of beautiful and tranquil neighborhoods, but it also has a booming arts community with year-round events and festivals. One such summertime delight for families is the annual Three Rivers Festival.

Huntsville is a small town in Alabama regarded as the most affordable place to live by U.S. News Report. Before the 1960s, it was a sleepy backwater until the space race solidified its future. The Rocket City is now a bustling city, home to numerous security and aviation organizations, as well as a growing number of innovative organizations.

It’s also a city on the rise, with run-down and desolate areas being rapidly replaced by lively, in-vogue areas brimming with shops, bars, and displays, and that’s just the beginning.

However, the advancement has not been accompanied by a comparable increase in costs. Although food, transportation, and other necessities are roughly the same in Huntsville as they are elsewhere, it is the cost of housing that makes it stand out.

Des Moines, Iowa may not be the most well-known vacation destination in the world, but the state capital has numerous advantages, especially when it comes to low-cost housing.

If you buy a single-family home here, whether it’s in one of the quiet, family-friendly areas on the outskirts of downtown or in the bustling area itself, you’ll have a lot of cash left in your pocket to partake in the eateries, stores, and settings.

The income growth rate is 2.6 percent, and the unemployment rate is 4.6 percent, one of the lowest in the United States. Des Moines is well-known for its thriving insurance and banking sectors.

It’s also recognized for federal politics, so you’ll still be able to get work in that field. The State Fair and Adventureland Park are both located in Des Moines, so there are plenty of thrills to be had in this not-so-boring town.

If you move to Des Moines, there is a lot to see and do. There is always something going on in Des Moines, whether you visit in the middle of the year or in the winter.

For example, the Interrobang Film Festival is an annual film festival that takes place in the last few days of January and includes public screenings of films by local producers. At the film festival, there will be competitions in different categories, and there will also be a small fee to get in.

Today, the city’s diversity shines (more than 40% of the populace are dark), and there is a strong emphasis on inviting private ventures, a significant number of which are dark, ladies, or migrant workers. Also, residents can get by without having five roommates, which is not the case in bigger cities.

Since 2010, Richmond’s population has grown by 12%, outpacing both the state of Virginia and the United States as a whole. What is causing this rise in the population? It’s mainly the city’s high cost of living!

Richmond’s cost of living is in accordance with the national average and 6% cheaper than the state average. In addition, the cost of housing is reasonable! With an average home price of $199,300 and an average monthly rent of $916, new Richmond households will have no trouble finding properties that meet their needs.

If you are considering relocating to Richmond, you will have a lot to look forward to. It is a laid-back city with a positive outlook on life. Regardless, what distinguishes it is the fact that there’s an abundance of activities. This is especially obvious if you have a family.

Furthermore, the educational system is excellent, so your children will receive the necessary education.

Chattanooga remains an incredible place to live; the city has a fraction of the startup costs of Silicon Valley and is home to the Incubator, the third-largest business incubator in the United States. The balance between work and personal life in this city is really what makes it stand out.

Chattanooga is the most affordable city in the state of Tennessee. The median property value is approximately $150,000, while monthly apartment rentals are approximately $818.

Workers also benefit from a commute time of around 18 minutes, which is significantly less than the national average. Because Memorial Hospital and Erlanger Hospital have both been named Top 100 Hospitals, healthcare is a major career option.

Walden’s Ridge and the Appalachian Mountains provide a picturesque setting ideal for outdoor activities, adventure, and photography. There is a vibrant nightlife in the area, as well as an amazing arts sector. However, a suburban vibe and proximity to basics are still available.

It is one of the Tennessee cities on the rundown for affordable living. According to the Cost of Living Index, Knoxville stands out for its broad moderateness for everything from food to transportation.

Knoxville also serves as a gateway to the Great Smoky Mountains. The Tennessee River runs through the heart of the city.

Notwithstanding, there is something else to find in this spectacular city. Here are things to see: the Sunsphere, the Market Square District, The Tennessee Theater, Knoxville Zoo, Knoxville Museum of Art, and McClung Museum of Natural History and Culture.

South Texas border towns are known for their low living costs; McAllen is not only reasonable, but it is one of the least expensive American cities to live in, according to the cost of many everyday items. Lodging costs 45% less than the national average, and medical services cost 70% less.

Utilities are one of the main things you’ll pay slightly more for, which isn’t surprising given that temperatures average in the 90s during the mid-year months.

Because of its location on a major migration route, McAllen is well-known for bird watching. The city also has the International Museum of Art and Science, which focuses on Latin American craftsmanship.

This Ohio city lies close to the city of Akron, both of which are in the state’s northern region.

The primary economic advantage of living in Youngstown is that future homeowners will benefit from a cheaper cost of living. That includes the ability to purchase a home for 73% less than the current national average.

Youngstown, Ohio, is a medium-sized city with a small-town vibe and environment. It has a population of 60,068 inhabitants, according to the most recent census. It is interesting since it is located midway between New York and Chicago.

Youngstown, which once had a major steel sector, has expanded its economy to include several startup technology enterprises. In fact, Inc Magazine named Turning Technologies, a software company based in the city, among America’s fastest-growing corporations.

Seattle is an excellent place to live. Companies such as Amazon and others were founded there, and rents are inexpensive in Seattle and its surroundings. Not only that, but the job market is thriving and there are scores of web startups.

And, as you might expect from the city of Starbucks, it has a healthy excess of coffee shops where a mocha can get you a day of freelancing “coworking space.”

In Seattle, there are numerous things to see and do. The annual Seattle International Film Festival, Northwest Folklife Festival, hydroplane races, and numerous other celebrations are among the best. The city also hosts strict celebrations from a variety of native and global societies.

While Duke University in Durham is among the most expensive universities in the country, the city as a whole is inexpensive. The city was designated one of the “Best Cities for Young Professionals” in America” in 2011.

It’s also regarded as being one of America’s most economically prosperous cities. It was also named the finest overall quality of life in the country.

If you want to work in medicine, Durham is an excellent area to live in as it houses the Research Triangle Park. Even if you don’t, it’s still a fantastic place to work and make a living. Jobs are still numerous in the tech industry, which is home to IBM and Cisco.

Durham’s unemployment rate is similar to the national average, but its income growth is 3.3 percent. Most of the ancient buildings in downtown Durham are being turned into residential and commercial spaces, which is helping to revitalize the area.

Furthermore, single adults account for about 34% of the population, so if you’re looking for love, you’ll have a high chance of finding someone special.

Once you have made up your mind to move to one of the affordable cities that suits your budget and lifestyle, you can check out 50 tips and tricks to make the process less stressful.

4 Ways to Pack Plants For Moving

7 Best States to Relocate from California