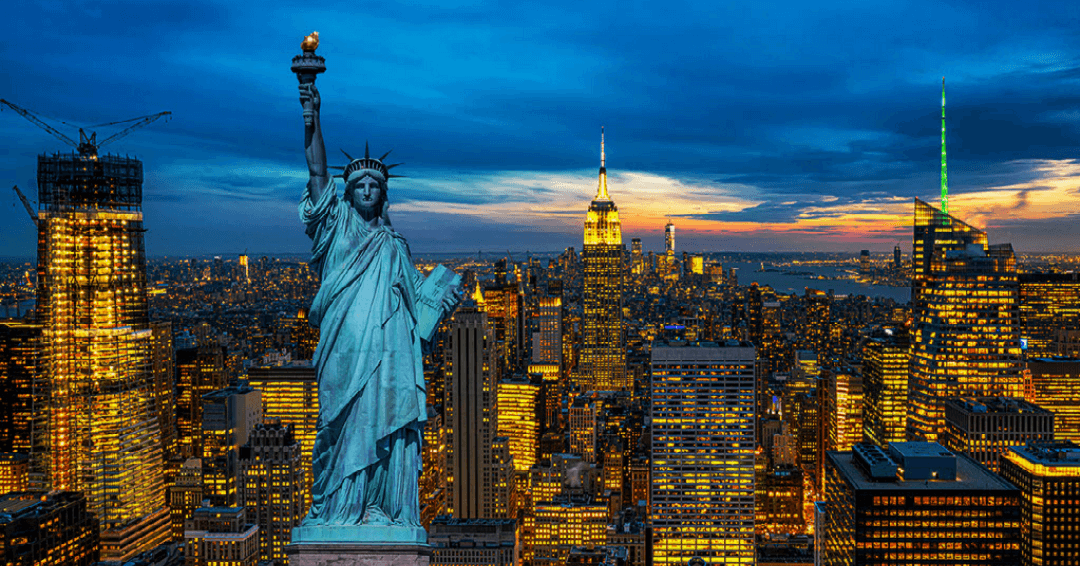 Many factors, such as politics, climate, and proximity to extended family, are some of the factors that come to mind easily when determining where to plant roots.

But the most coveted aspects desirable to everyone include affordable housing, the availability of well-paying jobs, an affordable cost of living, quality healthcare, and outstanding schools. U.S. News has collated information on these key elements of a top-notch area to live as part of the Best Places to Live rankings.

Where Can I Relocate to in the US?

According to a survey conducted by Niche.com, Americans’ top choices aren’t always the most well-known. Regardless of your reasons, moving to a new city is usually stressful. So we’ve put together this guide to give you a quick overview of the various aspects of your potential new city at a glance, as well as how it might evolve in the years and decades after you arrive.

If you are relocating on a budget, you might want to see 10 Best Places To Move To With Little or No Money. However, here are the top 10 best places to move to in the US.

Huntsville is a small town in Alabama that U.S. News & World Report ranks as the most affordable place to live. It was a sleepy backwater until the space race guaranteed its future in the 1960s.

The Rocket City has grown into a bustling metropolis that is home to a slew of security and aviation companies, as well as a growing number of innovative businesses.

It’s also a growing metropolis, with run-down and desolate regions being rapidly replaced with vibrant, trendy areas packed with stores, bars, and exhibits, and that’s just the beginning.

However, the progress has not been matched by a corresponding increase in costs. Although the cost of food, transportation, and other essentials are similar in Huntsville and everywhere, it is the expense of housing that distinguishes it.

Raleigh is one of the pillars of the Research Triangle. As a result, the city continues to attract more young employees and big businesses to establish roots in North Carolina.

Apple revealed plans for a new East Coast campus in the area last year, which will bring at least 3,000 new jobs to the area – and even more reasons for people to want to migrate here.

Raleigh is swiftly rising in the cultural ranks as a destination to eat, drink, and enjoy the outdoors beyond the workplace and the research facility, thanks to a warm climate that allows residents to unwind. Raleigh also has low crime rates, which is something that many cities lack.

The cost of living in Raleigh is generally in line with the national average, and housing prices have increased dramatically in recent years. The cost of housing will keep rising as more individuals move to the area in search of work. However, because of the low property taxes, owning a home in this city is cheaper than in many major cities.

The Pikes Peak that inspired the song “America the Beautiful” is housed in Colorado Springs. Here you’ll move to a place that combines vibrant nature with gritty history and modern conveniences.

The Springs also provides easy access to the things that everyone loves about the Centennial State: what’s outside their home. The city is a gateway to natural splendor, with hiking and biking paths in Garden of the Gods Park and the famous white-knuckle journey up Pikes Peak.

Austin always finds a spot on the list of the best places to live. While the cost of living keeps rising, the capital of Texas State continues to draw major employers, as well as new people, to set up shop or grow their footprints here. During the pandemic, more than 150 businesses revealed plans to relocate or expand their operations in Austin.

Even if you’re moving to Austin to work for Tesla, Dell, Apple, or another big tech company, the city offers plenty of reasons to escape 9 to 5. From bike rides in the early hours to late-night dance parties on Sixth Street, you will find activities that bring color to life.

One of the reasons Austin continues to attract more transplants is the absence of a personal or corporate income tax. However, home prices in Austin, like many other cities across the country, have climbed rapidly in recent years. When housing costs are compared to the median household income, Austin is not as good of a deal as other cities of a similar size.

San Jose’s wide city is distinguished as much by its outlying suburbs and enormous tech complexes as it is by its business district’s rising high.  You won’t have any trouble finding work in this area, which has Apple, Google, and Facebook as its biggest private-sector employers.

The cost of living in Silicon Valley is among the highest in the United States. While the tech boom has boosted hiring, it has also rendered most of the metro region unaffordable for individuals who do not earn high-tech salaries.

Housing costs here are significantly higher than in most other regions of the country, and people frequently pay significantly more for basic necessities like groceries, utilities, and petrol than the average American.

However, there are many things to do in San Jose. You can go on a shopping spree from San Pedro Square Market to Santana Row in the west. If you love sports, there are enough games to keep you excited.

The University of Arkansas’ flagship site is in Fayetteville, which is nestled in the Ozark Mountains. Seven Fortune 500 firms, including Tyson Foods and Walmart, have their corporate offices in northwest Arkansas.

Over the last several years, a slew of newcomers has flooded the neighborhood, driving up property prices and luring developers to expand. While Fayetteville real estate is among the most expensive in Arkansas, the typical house sale price in Fayetteville is lower than in many other real estate areas in the US.

Other things to do in this city include watching University of Arkansas football teams, night jams, and art gallery visits.

Sarasota is known for its warm year-round temperatures, award-winning beaches, and vibrant arts and cultural environment. Transportation, education, and trade are the major employers in Sarasota, and the recreation and hospitality industries boast a low unemployment rate thanks to a recent surge in tourism and an influx of new residents.

The Gulf Coast of Florida is lined with beaches, so inhabitants have plenty of opportunities for outdoor recreation. Siesta Key Beach and Lido Key Beach, both famed for their fine, white sand, are two of Sarasota’s most popular outposts.

However, the cost of living in Sarasota is very high. Even though the state does not have an income tax, property taxes are exorbitant.

Throughout the epidemic, Boise welcomed a large number of new people, but the city did not suddenly become desirable in the last few years. With over 200 sunny days per year and the magnificent Boise Mountains as a backdrop, it has long provided a great quality of life.

Albertsons,  Micron, and HP are just a few of the area’s big employers, and Boise is quickly becoming a sought-after location for start-ups and IT firms.

One of the most appealing aspects of Boise is its affordability, especially when it comes to housing. When compared to other metro regions in the Northwest, Boise outperforms them in terms of home value. But the promise of a “low cost of living” is quickly going away because there aren’t enough homes for people to buy.

Portland, which is situated on the ocean at Casco Bay and has cobblestone streets, evokes the charm of a much smaller town right away. The city has the lowest crime rate of any of the 150 most populated metro areas in the United States.

According to FBI data, the Portland metro region had zero homicides in 2020 and less than 900 property crimes per 100,000 inhabitants.

However, Portland leaders and residents are becoming increasingly concerned about the city’s affordability as housing costs continue to rise. Because of the high cost of living, this city has a large homeless population, some of whom have come to the metro area from other parts of the country to take advantage of regional social services.

There are many activities to do in this city, including sailing, fishing, cross-country skiing, and enjoying the city’s vibrant nightlife. Fresh catches can be found in the city’s trendy oyster bars, or you can order one of Maine’s renowned lobster rolls.

Boulder is known for its outdoor activities as well as its citizens’ health and fitness. Its position in the Rocky Mountains makes it ideal for climbing and hiking.

Boulder is also home to the University of Colorado. The city’s nightlife is praised, with some of it centered on students and college football teams like the Colorado Buffaloes.

It costs a lot of money to live “in the Boulder bubble,” as it’s commonly referred to. The city is surrounded by a ring of open space and rural land, preventing new housing construction and pushing up costs for existing residences. As more and more people move to Boulder and other cities along the Front Range Urban Corridor along the mountains, city leaders and advocates are talking a lot about making more affordable housing options.

The aggregate rate of state, city, and county sales taxes, as well as median property taxes, are relatively high in Boulder.

Once, you’ve made up your mind on the state to move to, you can check our guide on How To Pack For Moving Houses to make your move smooth. At the same time, you can learn how to calculate the cost of shipping from our article on the Cost of Shipping a Package.

How Much Does it Cost To Ship a Motorcycle?

10 Best Countries to Move to from USA