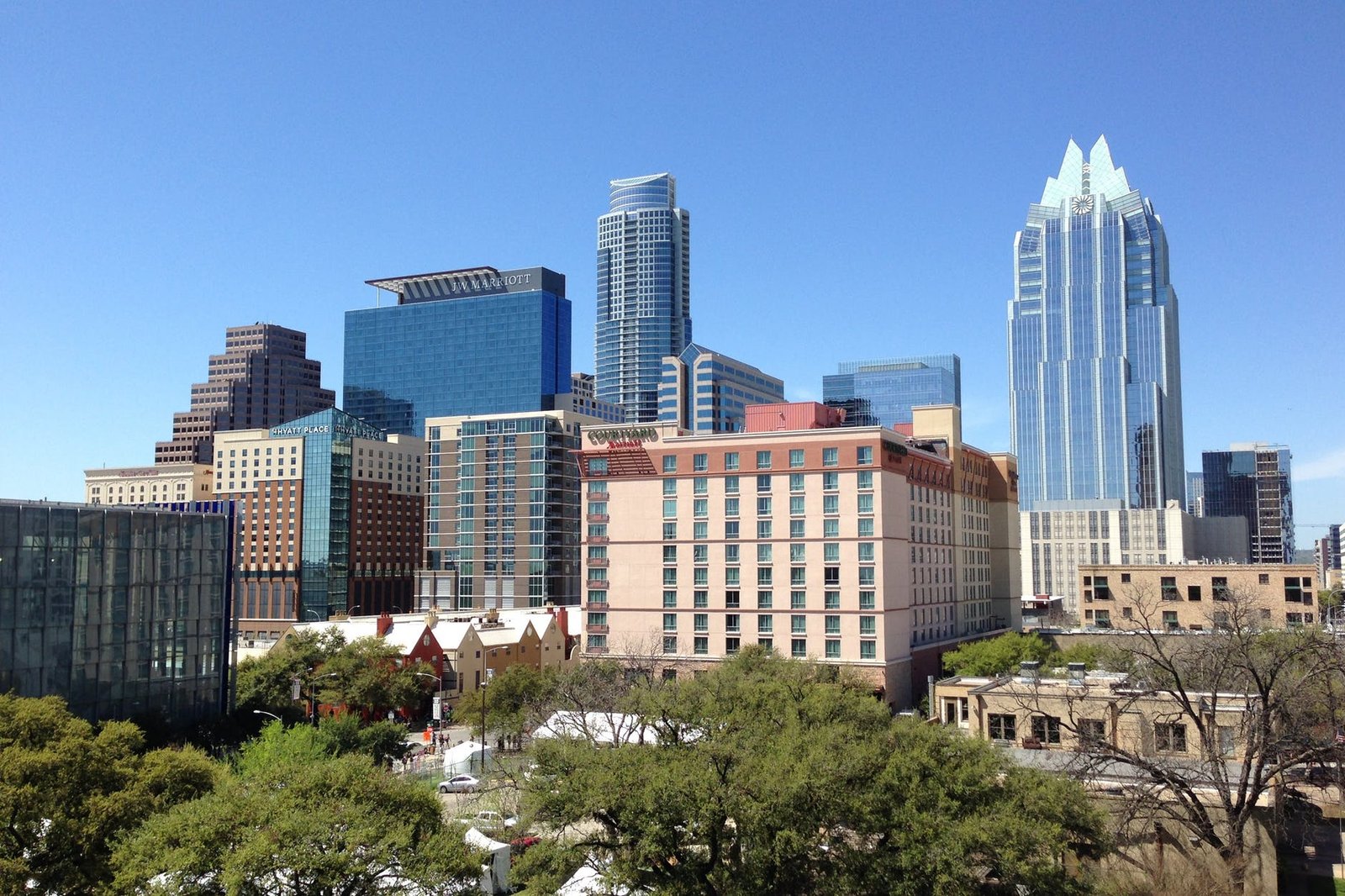 Texas is widely regarded as one of the best states to live in the United States. There are so many cities to choose from in Texas that it takes some exploring to find the best one to call home.

If you’re considering a move to Texas, we are here to help! Using criteria such as population growth, house prices, affordability, violent crime rates, household incomes, and availability of recreational centers, we’ve compiled a list of 10 great cities to live in Texas. However, it is essential to learn How To Pack For Moving Houses while looking for the best places in Texas.

The 7 Best Places to Live in Texas

If we have to make a list of all the great cities in Texas, it will take us all day long. There is a heap of lovely cities in the Lone Star State. We had to narrow the list down to 7 to make your search and selection more efficient.

Austin is a reasonably priced city to live in. This is the most compelling reason for moving to Austin. We all know how rising household prices affect our comfort. However, Austin, which ranks among the top 25 cities to live in, has made household items affordable. It is rated

This area situated in the heart of Texas is a pleasant city where meeting new people is simple. Despite having all of the qualities of a major city, it retains a significant portion of the Southern allure associated with an old classic lifestyle. It doesn’t come as a surprise that Austin holds the number 1 spot on US NEWS: Best Places to Live in Texas in 2021-2022.

Homeownership is possible in Austin. Not only is the average cost of many things in Austin moderately low, but there is also a lot of assistance available for those looking to buy their own home. The Austin Mortgage Market Corporation is a good place to start looking into this.

You’ll never be exhausted. Austin has a plethora of recreational opportunities for its residents. The city’s music and nightlife scenes are exceptional. There are numerous parks and places for families to gather. Furthermore, Austin is close to other large cities in Texas, so you can always go on day and weekend excursions to see new things.

Arlington boasts a high standard of living at a reasonable cost. It is a smaller city within the Dallas-Fort Worth metropolitan area. It features the Cowboys Stadium, the University of Texas at Arlington, the Texas Rangers Ballpark, Lake Arlington, and the Six Flags Over Texas entertainment complex.

Arlington reveals itself to be a diverse city with generally pleasant weather. It has a stable and growing economy with numerous business opportunities. The average cost of most everyday items is lower than in other nearby cities.

If you love sports, the Cowboys and the Texas Rangers are two professional football teams that play regularly in Arlington. Aside from rooting for your favorite Texas team, the city features the annual South Street Art Festival and a regular craft beer, wine, and cocktail festival. While Arlington’s nightlife and cuisine options are limited, you’re only a few kilometers away from whatever your appetite demands in Dallas or Fort Worth.

Arlington is also ideal for interns! There are numerous cafés and shopping options. Because it is so close to Washington, D.C., it is easy to find entry-level positions, occupations, and so on.

Corpus Christi is a city on Texas’s beautiful Gulf Coast and the gateway to the well-known Padre Island National Seashore. If you cherish the seaside, Corpus Christi is a fantastic option. The mild typical temperatures enhance the relaxed way of life of this seaside community. Corpus has several assets, including a port, Texas A&M University, and the travel industry.

This coastal city is known for many fun things like windsurfing, kiteboarding, cruising, and kite flying. It has also piqued the interest of the wind energy industry, which is becoming increasingly large.

Corpus Christi is the place for people who want more bang for their buck while still enjoying the Texas coast. Corpus Christi offers inhabitants outstanding value, with a typical family income of $55,709 and one of the lowest median property prices in the state.

Dallas is a massive cosmopolitan city with a lot to offer. Dallas has significant areas of strength for a modern focus, which allows it to pursue top positions. Along with money, innovation, and land, many residents earn enough to pay their bills by working in the oil and cotton industries. Furthermore, the Dallas Cowboys, based here, are a significant component for football fans, as they are the owners of several Super Bowls and the most important games establishments on the planet.

Dallas can not really conceal its studious side even if it tried, with approximately 40 universities, colleges, and public schools receiving an overall B- from Niche. As a result, the area is one of the ideal places for households and college students to reside in Texas.

Despite its size, the city boasts lower crime rates than the national average for a large city. This Texas community has affordable housing, a booming employment market, and is the 13th greatest city in America for general healthcare.

Houston, Texas’s largest city, is packed with people willing to brave the traffic to live there and enjoy everything it has to offer. It is home to more than 20 Fortune 500 corporations, making it an excellent area to start or advance your career.

Houston’s museum area is another major attraction. This neighborhood radiates Houston heritage and is the city’s crown jewel. This 9-mile region promotes a variety of cultures and art forms, with 19 museums and the Houston Zoo. The gallery area is rich in craftsmanship and history, with the most popular being the age-spanning Menil Collection. It’s a popular tourist destination as well as a major economic generator in Houston.

However, a large population brings a slew of problems. The rate of violent crime (only safer than 3% of U.S. cities according to the Neighbour Scout: Houston,TX Crime Analytics) and median family income ($51,140 yearly) were the two key factors working against Houston.

Despite this, Houston is still one of the best cities to live in Texas! Entrepreneurs and talented professionals searching for their next career move flock to the Houston metro area in particular.

San Antonio’s growing population is due in large part to its low cost of living and health care. There are no earthquakes, twisters, or typhoons here. SeaWorld, the San Antonio Zoo, and Fiesta Texas Amusement Park are all great places for family fun.

Other fantastic attractions include the Riverwalk, the historic Alamo, caves, expressions, and fine cafés. The Spurs basketball team are local game legends. It’s an incredible place to be, and you can also unwind. Unlike other major Texas cities, San Antonio appeals to people of all ages.

San Antonio has a high quality of life, with shorter commute times (on average 24 minutes), an average median family income, and an abundance of career options, particularly in healthcare, bioscience, aerospace, healthcare, and IT.

Irving, Texas, is part of the Dallas-Fort Worth metropolitan area and is located inside the suburban Dallas expansion. Regardless of the fact that Irving is a large city, inhabitants have the perfect combination of the pleasures of both the city and suburban lifestyles.

Irving is a good option for commuters who want to stay near the city to keep their commutes short. The average commute time in Irving is 24.4 minutes.

However, just because Irving is close to the city doesn’t mean it’s surrounded by concrete. Irving has numerous metropolitan qualities, although many of its areas are calm and family-friendly. It’s easy to see why Irving is so popular among families, as the peaceful, safe neighborhoods also have a highly-rated school system.

If you’re looking for a place to relocate to Irving, there are plenty of options, so you’ll be able to discover something that meets your requirements. There are several luxury apartment units within apartment complexes available for rent in Irving.

You’ll find many options if you’re seeking something a little more low-key. However, it will take some time, since the city is flooded with rentals with top-notch amenities like private pools, on-site fitness centers, and more.

Because Texas has so many wonderful places to live, there is bound to be something for everyone who relocates to the state. The differences in advancement and environment across the state help to explain why it is possibly the most diverse place to live in America. Whatever your age, activity level, or other variables are, there are numerous choices for everyone, and these are just a few that I have information on. Continue to look and take happy paths until you find the perfect balance in a Texas city to call your own.

How To Ship Large Items

3 Ways to Pack a Mattress For Moving